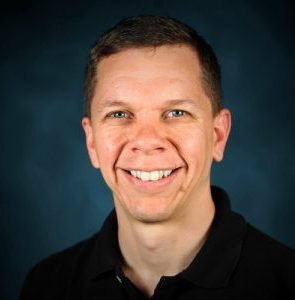 Tony Crider is an Associate Professor of Physics at Elon University in North Carolina. He received his Ph.D. in space physics and astronomy from Rice University in 1999 and continued his research of gamma-ray bursts as a National Research Council associate at the Naval Research Laboratory. Before moving to Elon, Dr. Crider taught at American University where he coordinated the Multimedia Design and Development program. His interest in science visualization led him to create virtual planetariums, telescopes, and lunar landscapes within the 3D online world of Second Life. In 2006, he co-founded the SciLands, an archipelago of Second Life islands dedicated to science education and outreach. Shortly after that, he began using Reacting to the Past role-playing games in his astronomy classes and subsequently invented the chapter-length reacting game. His own game, The Pluto Debate: The International Union Defines a Planet was the first of many STEM reacting games to receive funding from the National Science Foundation. Recently, he has advocated for the use of experiential assessment through “epic finales” in higher education. His hobbies include yoga, motorcycling, and trying to understand his dog, Murphy.