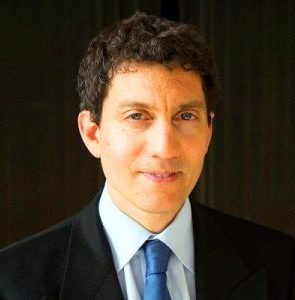 Terrence is the author of eight books several of which have been translated into Chinese, Korean, Russian, and Spanish. For his creative use of narrative, INC Magazine awarded Terrence their Marketing Master Award. His work as an internationally recognized organizational development consultant earned him the 2008 HR Leadership Award from the Asia Pacific HRM Congress for his ground breaking research on story‐based communication skills.

Terrence wrote the libretto for his father’s opera Tryillias which was accepted for a nomination for the 2004 Pulitzer Prize in music. In 2009, Terrence and his sister Franca founded the Occhiata Foundation. The Occhiata Foundation brings arts engagement to Monterey County schools through the multi‐discipline prism of opera.

Terrence is a frequent speaker at international and national conferences including the American Society for Training and Development (ASTD), International Society for Performance Improvement (ISPI), Academy of Management, Conference Board, Asia Pacific HRM Congress, Linkage Inc, Asia HR Summit, Association of Business Communications, Feast of Asia and he is a Field Editor for ASTD. His articles have appeared in American Executive Magazine, Journal of Quality and Participation, Communication World, ISPI Journal, and ASTD Links.

He has appeared in interviews on FOX TV, Comcast Network and CNN radio.

Terrence enjoys scuba diving, cooking, singing, and the sport of fencing. He was Junior National Champion, member of three US Junior World Championship teams, NCAA All American and an alternate for the 1996 Olympics. Terrence can be reached at 415‐948‐8087, Terrence.Gargiulo@Accenture.com