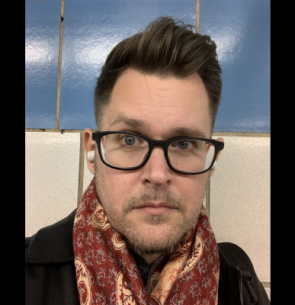 Shawn Clybor (PhD and MA, Northwestern University) began his academic career as a scholar who published several articles on communist-affiliated artists and cultural producers in Czechoslovakia. While finishing his dissertation in Prague, he began working for the award-winning game development studio Charles Games as a translator, game developer, and curriculum designer for the award-winning serious game Attentat 1942 and the upcoming sequel “Svoboda 1945: Liberation,” which explore the morally-complex choices faced by everyday people during the Second World War. Currently, Shawn is a high school history teacher at the Dwight-Englewood School in New Jersey, where his interest in game-based learning has blossomed into an elective course “History, Culture, and Video Games” and two forthcoming scholarly articles on game-based learning in the history classroom. He has presented dozens of papers at various academic and teaching conferences, and has partnered with iThrive Games and the MAGIC center at RIT to play test game-based learning curricula.