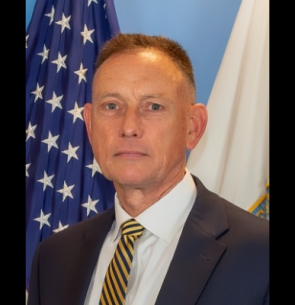 The Opportunity for Developer Contracts in Defense Acquisition

Frank Kelley is the Vice President of Defense Acquisition University (DAU).  In this position, he is responsible for aligning DAU strategic plans to the goals of both the Secretary of Defense and Under Secretary of Defense for Acquisition and Sustainment, while continuing to build the outstanding reputation of DAU as the Department of Defense primary learning institution for acquisition. He oversees the development and expansion of acquisition curriculum and learning opportunities and the delivery of those learning assets throughout the five DAU regional campuses, the Defense Systems Management College, and the College of Contract Management.

Kelley joined the civil service in 2015 following a 32-year career as a United States Marine.

In 1983, Kelley graduated from the University of Notre Dame with a degree in Aerospace Engineering and was the recipient of the Naval ROTC Donald R. Bertling Award. He was commissioned as a Second Lieutenant after completing Office Candidate School.

In February 1984 he completed The Basic School and continued to flight training in Pensacola, FL, and then proceeded to the 453rd Flight Training Squadron at Mather Air Force Base, CA, where he was a distinguished graduate and the recipient of the Colonel Mike Gilroy Award for leadership and training excellence.

After completing EA-6B Prowler training at Whidbey Island, WA, he reported to Marine Tactical Electronic Warfare Squadron 2, where he participated in the Unit Deployment Program, in addition to Operations DESERT SHIELD and DESERT STORM as the Contingency Plans and Tactics Officer.

His next assignment was at the Air Test and Evaluation Squadron 5 as the Electronic Warfare Branch Head. He then reported to Naval Air Systems Command as the Avionics Systems Project Officer for the EA-6B.

He attended the Marine Corps War College and taught at the Command and Staff College. Mr. Kelley transferred to Marine Corps Systems Command in Quantico, VA, where he was the Program Manager for Unmanned Systems. His next assignment was Military Assistant to Dr. Delores Etter, then-Assistant Secretary of the Navy for Research, Engineering, and Acquisition.

In August 2007, Kelley was assigned to the position of Marine Corps Systems Command Program Manager for Training Systems in Orlando, FL. In August 2009, he was reassigned as the command’s Chief of Staff before being promoted to the rank of Brigadier General and assuming command from July 2010 to July 2014.

He then served in the position of the Vice Commander, Naval Air Systems Command, preceding his last military assignment as Director for Prototyping, Experimentation and Transition in the Office of the Deputy Assistant Secretary of the Navy.