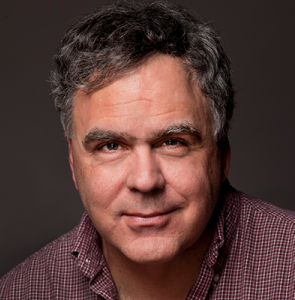 Greg Toppo is the author of The Game Believes In You: How Digital Play Can Make Our Kids Smarter (St. Martin’s Press, 2015) and a journalist with nearly 25 years’ experience, most of it covering education. A graduate of St. John’s College in Santa Fe, N.M., Greg taught in both public and private schools for eight years before moving into journalism. Toppo’s first journalism job was with The Santa Fe New Mexican, a 50,000-circulation daily. He later worked for four years as a wire service reporter with the Associated Press, first in Baltimore and then in Washington, D.C., where he became the AP’s national K-12 education writer. He spent 15 years as the national education reporter for USA Today and was most recently a senior editor for Inside Higher Ed.

While at USA Today in 2005, he broke the Armstrong Williams “pay for punditry” story that launched a widespread look at government propaganda. Toppo also co-led the USA Today team that in 2011 looked at educator-led cheating on standardized tests. The paper’s series prompted the Washington, D.C. inspector general to investigate high erasure rates in D.C. schools.

The New York Times Book Review called The Game Believes In You a “deeply reported and compassionately argued book.”  Renowned game designer Jane McGonigal called it, “The most important book on games and learning in a decade,” and James Paul Gee, author of the seminal What Video Games Have to Teach Us About Learning and Literacy, called it “the best book since mine – and it is much better written than mine.”

Toppo was a 2016 Yale University Poynter Fellow and a 2010 Spencer fellow at Columbia University’s Graduate School of Journalism. He now sits on the Spencer fellowship board. Toppo is co-author of a forthcoming book on automation, AI and the Future of High School (to be published in 2020 by MIT Press). In 2017, he became president of the Education Writers Association.

Toppo and his wife have two grown daughters. They live near Baltimore.